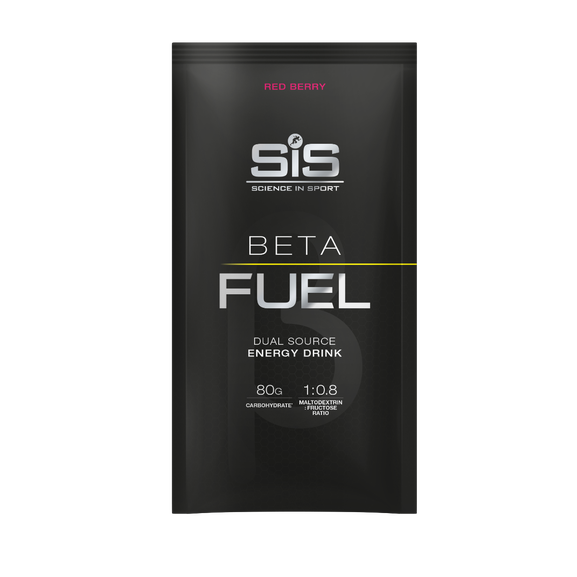 FREE GIFT WHEN YOU SPEND £60

THE MOST SCIENTIFICALLY SUPERIOR ENERGY DRINK ON THE MARKET

WHY YOU SHOULD USE BETA FUEL DUAL SOURCE ENERGY DRINK

As an endurance athlete, meaning your events typically last more than two hours, you need to take in between 80-120g of carbohydrate per hour. The Science in Sport Beta Fuel Dual Source Energy Drink delivers an optimised 80g of carbohydrate in a single, convenient isotonic fuelling solution with minimal risk of GI discomfort that enables you to maintain optimal performance.

THE SCIENCE BEHIND BETA FUEL HAS EVOLVED

Through our Performance Solutions team, we have worked closely with elite athletes in the research and development of the new Beta Fuel range to bring you a scientifically superior fuel in a range of formats that allow you to use +17% more carbohydrate (O’Brien et al, 2013).

One sachet of Beta Fuel Energy Drink contains one serving (82g) of powder. Tip the mix-and-go formula into 600ml of water and shake to dissolve. It's that simple.