An insight into the world of spin classes

Anyone who has done an indoor turbo-trainer session, spin class, HIIT cycle session or has just beasted themselves on the gym bike will know that this can be painful, super painful. Mentally, as much as physically.

You can put your body through intense physical pain, really quite easily, made supremely worse by the fact that you’re not moving.

There’s no rolling hills, no arable crops in a vibrant palette of colours gently leaning in the breeze (or Gale Force 10 crosswinds as we will report to our peers on returning from our ride), no quaint little thatched cottages that would do a chocolate box proud and no spring lambs merrily bleating away in the sunshine*

(*I have this really strange thing where I start laughing to myself wherever I hear a sheep bleat while cycling past them on a bike, it’s sort of annoying really as it totally f*cks with my concentration for a good 5-10 mins after passing any roaming ruminants)

Not all spin classes are created equal.

This can be down to a few things. Sometimes it’s the instructor, who might be a frustrated dancer, a non-cyclist that’s been roped into taking the spin class against their will, or just a natural fidget.

You’ll know if you’ve had one, they will be the ones doing more of the ‘this side’ and ‘that side’ and all manifestation of handlebar press-ups to the beat of some manufactured musical dross.

If you get to know the instructors, or just do proper HIIT sessions (guided or lone ranger) you can avoid it, but if you occasionally find yourself in such a class, just double down on the resistance (e.g. go eight full turns, not four half-assed ones) and just power through, while paying the least possible homage to the head-bouncing hyperactive nutcase at the front.

And sometimes, it’s just your fellow classmates who aren’t, let’s say, as ‘committed’ as you are. They’re the ones bobbing around all over the place (a sign they haven’t even found the resistance knob yet) with their seat way too low and handlebars too high. It just lowers the tone, doesn’t it?

A good class, instructor or solo effort should be able to produce a gruelling workout that will really pay dividends when training for certain things – cadence, power, sprinting endurance, climbing, FTP improvement and so on. 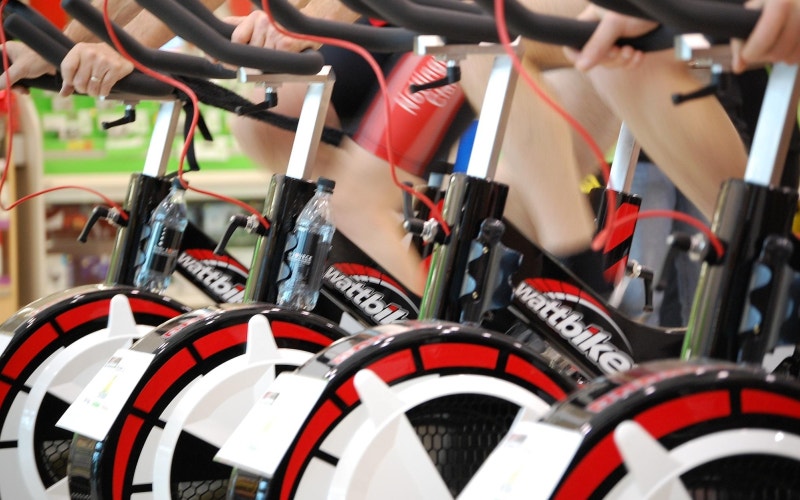 A revolution in indoor cycling, Zwift has (successfully) attempted to tackle the insane boredom factor of cycling indoors by creating a virtual world where you can cycle against other cyclists, all from the comfort of your own home.

Great for training, ideal if it’s raining and it instantly removes a whole gamut of excuses for not getting in the saddle and spinning the legs.

Personally, this would be step too far in respect of continuing a harmonious relationship with my girlfriend, who quite rightly, may be inclined to leave me, my four bikes and my hypothetical indoor Zwift set-up (bike, mat, turbo trainer, computer screen, fan etc) to ourselves, in exchange for a better life-bike balance with someone else.

So, I don’t have this set-up. And hence the need to slide off to the gym and hurt myself in secret, while she does a very particular form of hot yoga that just isn’t the same as all hot yoga, apparently.

Anyway, point being, Zwift is definitely an excellent alternative way to cause yourself the required amounts of pain, while looking at a backdrop of fiery mountains and getting high-fived by some dude in Japan wearing virtual Rapha gear. 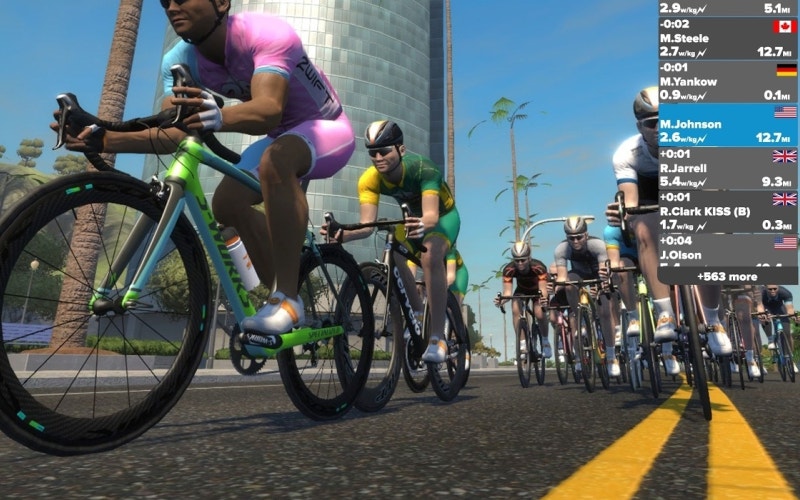 However, it sure as hell can help you improve your cycling. Fact.

It can also, I think, improve your mental wellbeing too. You definitely feel great afterwards, but it also has a meditative quality in terms of switching off from the world and focusing only on the present. Your breathing, your legs pumping, that spot on the wall.

Very zen, sort of, if you ignore the two litres of sweat on the floor underneath you and resist the urge to tell the person in front of you to turn their feckin’ resistance up. 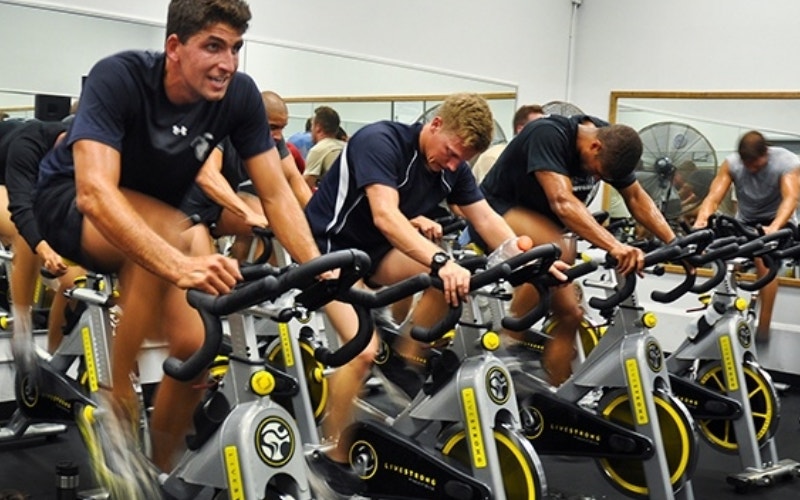