The Science Behind Beta Fuel

First launched in 2018, the original Beta Fuel is an isotonic product using both maltodextrin and fructose at a ratio of 2:1 to optimise carbohydrate delivery and utilisation during exercise whilst minimising gastrointestinal issues.

Our science-based solution, the combination of maltodextrin and fructose in an isotonic formula, is still the key to Beta Fuel, as the transportation of nutrients across the intestinal wall is a rate limiting factor in carbohydrate oxidation during exercise.

What does that mean? Well, different types of carbohydrates have different transporters to carry glucose from the gut to the blood, with the maximum rate of a single carbohydrate source such as maltodextrin being around 60 grams per hour.

It is suggested that during endurance exercise (more than 2.5 hours) 80-120 grams of carbohydrate per hour should be consumed to maintain blood glucose levels and prevent fatigue.
So, in 2018, Beta Fuel was developed to enable us to increase carbohydrate oxidation to more than 60 grams per hour and to achieve that, we combined another form of carbohydrate, which has a different transporter, fructose. Because fructose has a different transporter than glucose, a dual source formulation allows for greater carbohydrate delivery to our muscles during exercise, therefore increasing how much carbohydrate we can use.

Beta Fuel works by providing these two different forms of carbohydrate which can be simultaneously absorbed. This was successfully tested by world leading associations and teams before becoming the naturally flavoured, informed sport certified product you know today.

But we didn’t stop there. Since originally developing Beta Fuel with maltodextrin and fructose at a ratio of 2:1, we have continued to evolve it and now we are introducing a new, enhanced version of Beta Fuel, not only as a powder, but as a new range of products that provide a complete fuelling solution.
The key difference in the new Beta Fuel range is the change in the ratio of maltodextrin to fructose, previously being 2:1 and now moving to 1:0.8. In comparison to the 2:1 ratio, the 1:0.8 ratio has now been proven to:

The new Beta Fuel Powder solution will contain 80 grams of carbohydrate at this 1:0.8 ratio, in a neutral pH formula still maintaining the signature isotonic format to minimise gastrointestinal issues. The Powder is available in Orange, Strawberry and Lime and Red Berry flavours.

As well as the Powder, the new Beta Fuel range contains two different types of energy gels. The Beta Fuel Gel contains 40 grams of carbohydrate also at the 1:0.8 ratio of maltodextrin to fructose in Orange and Strawberry and Lime flavours, with a second gel containing Nootropics, with the aim of giving you that mental boost during prolonged exercise.
In simple terms, nootropics are substances that can enhance cognitive performance giving you that mental lift you might need, especially at the latter phases of exercise. So, as well as 40 grams carbohydrate at the 1:0.8 ratio of maltodextrin to fructose, the Beta Fuel Gel with Nootropics contains 1 gram of the amino acid L-taurine, 250 milligrams of Cognizin® to enhance information processing and 200 milligrams of caffeine with 200 milligrams of L-theanine, the amino acid which has been shown to increase subjective feelings of alertness, while reducing feelings of ‘jitters’ that you get with caffeine alone.
The Beta Fuel Gel with Nootropics is available in Apple and Lemon and Lime flavours. For optimal results we recommend consuming the Nootropic Gel during the latter phases of your exercise with a maximum of one serving per day.

Completing our fuelling solution is the Beta Fuel Chew Bar. We know that during endurance exercise, being able to vary your fuelling choices is important. Within the new Beta Fuel range, we are providing you with even more choice without compromising on quality or taste, meaning you can maintain optimal sources of energy. These chews are in a unique format to SiS, being super easy to consume and available in Orange and Lemon flavours.
Again, sticking to the key 1:0.8 maltodextrin to fructose ratio, with 40 grams of carbohydrate (7 grams per chew) of the Beta Fuel range, providing another form of nutrition you can build into your nutrition plan.

So what does all this mean for you?

The new enhanced Beta Fuel formula allows you to increase your carbohydrate intake to around 80-120 grams per hour because of the 1:0.8 maltodextrin and fructose ratio, aiding your performance by minimising gastrointestinal distress and enabling faster absorption.
This unique range of products are all naturally flavoured and can be used in combination to optimise performance during endurance exercise, giving you a scientifically superior fuel source allowing you to unleash your energy.
Though it is important to note, individuals may take time to adapt to consuming this amount of carbohydrate and the optimal amount per hour may also vary slightly depending on the individuals body weight, it is important to practice your nutrition during training to find the optimal amount that works for you.
For more information about the Beta Fuel range, visit here. 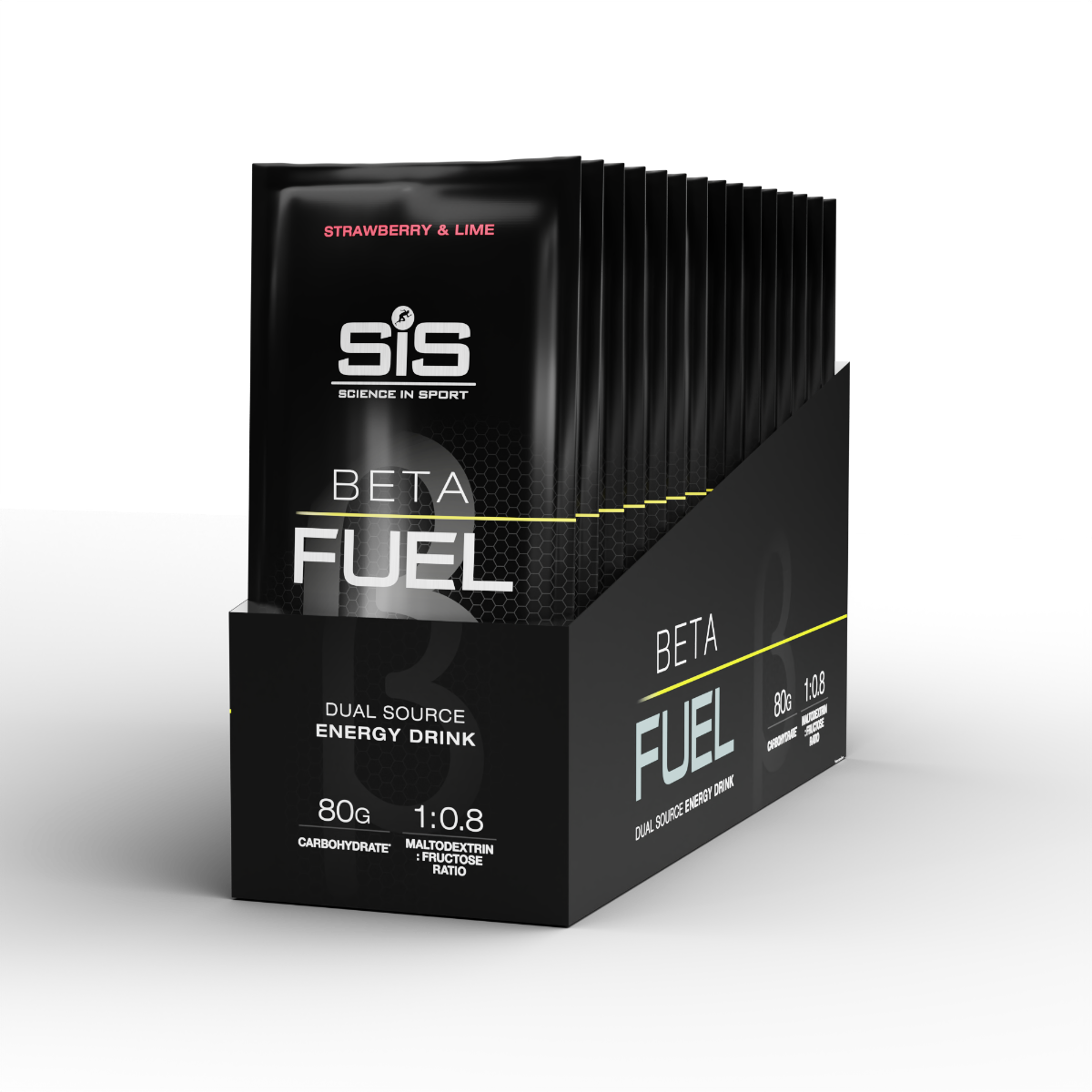 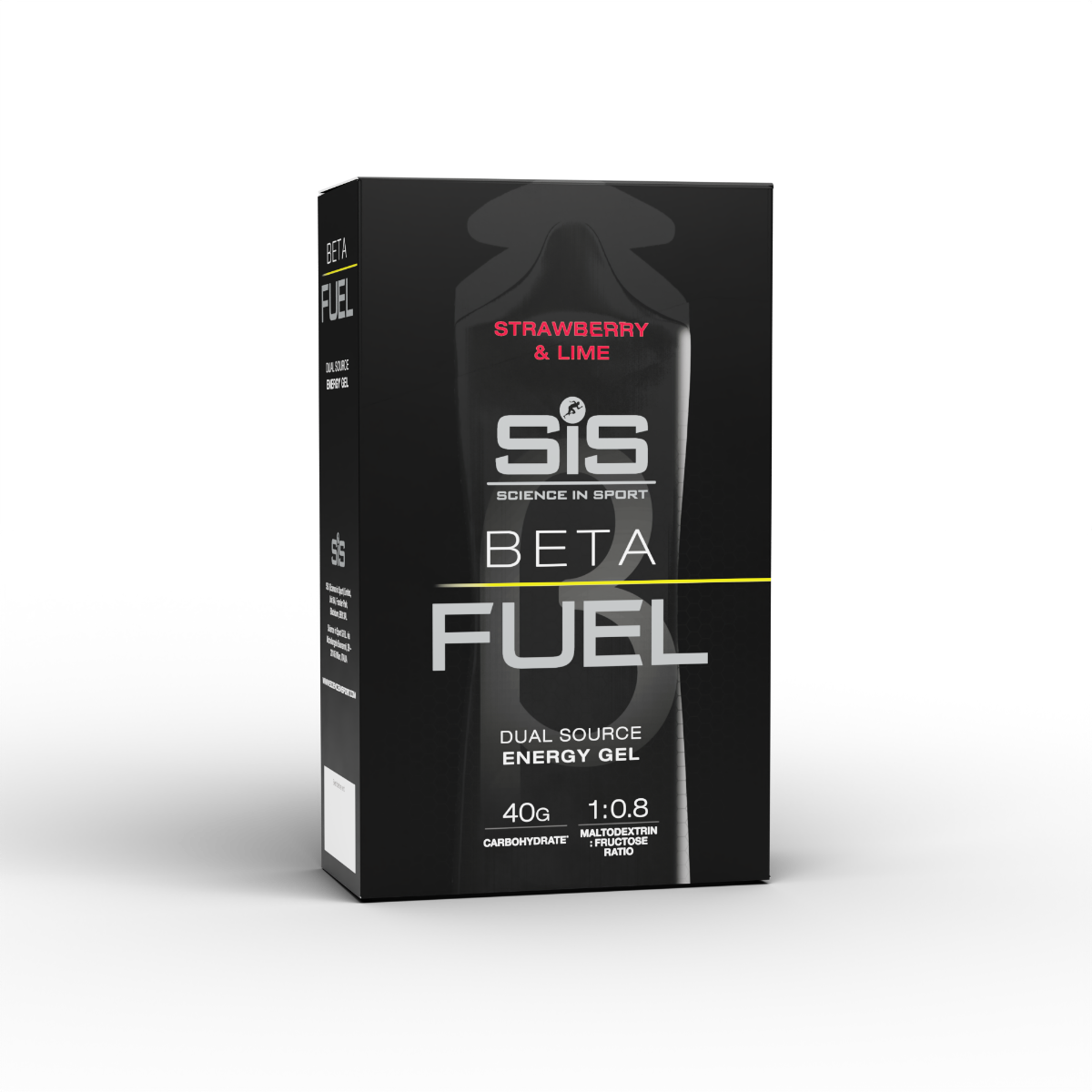