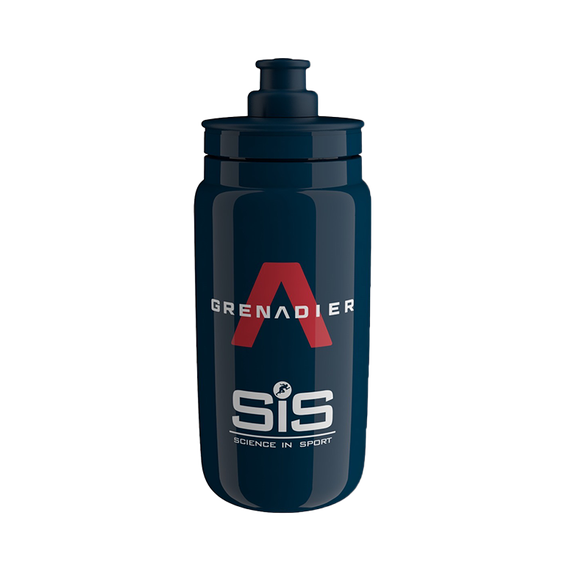 OUR LIGHTEST EVER SPORTS BOTTLE DEVELOPED WITH PROFESSIONAL CYCLISTS

One of the lightest sports bottles worldwide, our INEOS Grenadier Fly Bottle is a pro-issue water bottle for use with SiS powdered energy supplements offering one of the most cost-effective ways of reducing the total weight carried on the bike.


WHY YOU SHOULD USE OUR INEOS GRENADIERS FLY BOTTLE

Weighing in at only 54 grams, it enables you to reduce the carrying weight that becomes so critical during training and competing. It also has a wide neck for effortless dispensing of powders, while its leakproof and lockable valve ensures the only fluid that leaves the bottle is for your energy purposes.

Designed to fit into bicycle water bottle cages, it has a functional shape that’s easy to hold and a striking appearance owing to INEOS and Science in Sport logos.

Great product, highly recommended and will order it again

Good and value for money

great quality and love the flow of liquid. Very practical.

On offer at a great price