We offer a flat delivery rate of $20.00
Skip to the end of the images gallery 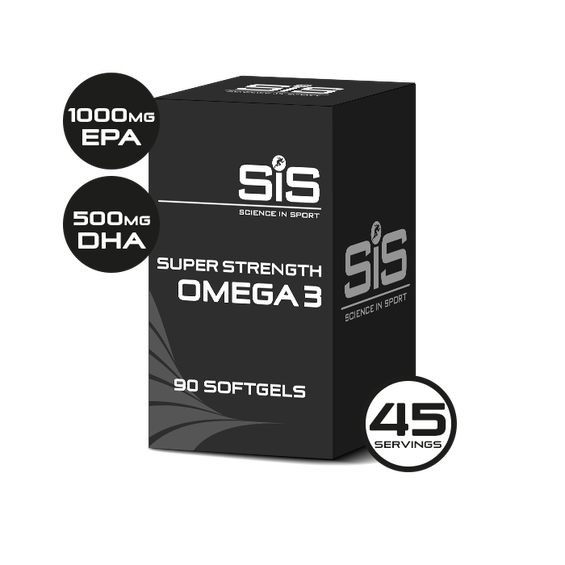 Omega 3 fatty acids are compounds usually found in oily fish, two of which are of importance when supplementing fish oil into your daily diet: EPA and DHA. Both EPA and DHA are building blocks of immune cells, help as inflammatory mediators and support cardiovascular health.

Who’s this best for?

Anyone with a low intake of oily fish. The majority of athletes will supplement with omega 3 specifically for the health and recovery benefits.

What level of EPA/DHA should I be taking?

The studies mentioned above showing benefit to performance and recovery referenced 600mg-1600mg of combined EPA and DHA per day.

Can I take Omega 3 alongside other vitamins?

Why Science in Sport?

The Science in Sport Super Strength Omega 3 has been formulated alongside the Ineos Grenadiers, to deliver optimal levels of EPA and DHA. Lower quality omega 3 supplements often under-dose these two active ingredients. The product is informed sport tested and sustainably sourced.

Plays a major part in my invincibility!

Leaves a fishy taste in the mouth, but otherwise IK

Exactly what it says on the tin

Being a runner I watch what I eat but like the odd treat as well! and feel the additional fish oil capsules to being beneficial!